Some of the Best Air Purifiers Are on Sale Right Now

Honeywell AirGenius 3 vs 4 vs 5 (Reviews & Differences)

A deep dive into the best ones, which one to buy

Through PhoneSoap’s proprietary “Electric Wind Technology,” the AirSoap generates what the company calls a “high-energy plasma field” that allows it to kill viruses and bacteria, as well as polarizing airborne particles. 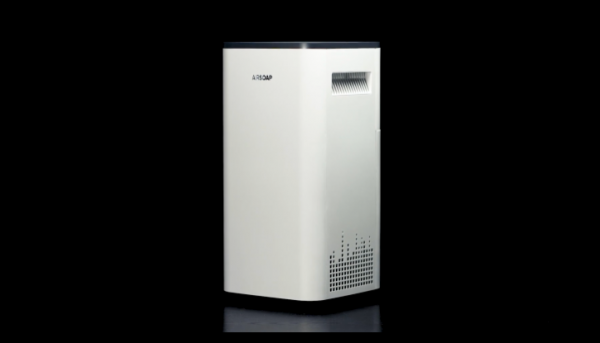 (Photo: PhoneSoap YouTube Channel)
AirSoap is a revolutionary new air purifier technology that kills and captures even the smallest viruses HEPA filters can’t. Proven to kill 99.99% of airborne viruses*, AirSoap uses washable and reusable collection plates instead of costly HEPA filters. AirSoap is the best choice for your health, your wallet, and the planet.

In its product webpage, PhoneSoap notes that HEPA filters, with their limitation in filtering airborne particles, are not advisable for use against coronaviruses, usually 120 nanometers in size for the SARS-CoV-2, as well as Influenza virus, which ranges from 80 to 120 nanometers in the A 80 strain.

While the AirSoap has been certified in its capability to capture and filter out particles as small as 14nm, it notes that the company has not yet specifically tested their filter for SARS-CoV-2, citing “it is not yet available for testing.” However, the developers of the product reiterate that AirSoap has been tested and proven to kill more than 99.9% in even smaller viruses such as the Influenza A-H3N2.

In comparison to the conventional HEPA filter-based air purifiers, the AirSoap is cheaper and more effective. After its plasma field polarizes the air and the particles around it, these polarized particles are filtered in the AirSoap’s reusable graphene collecting plates.

These plates are washable and reusable as opposed to HEPA-based filtration systems that require periodic replacement of filters. Also, where HEPA filters only trap pollutants and can even cause hard if not periodically replaced, the Electric Wind Technology claims to “kill germs before they are captured for safer, purer air.”

A Safe and Convenient House Help

At only 21 inches high and almost 10 by 10 inches, the AirSoap can effectively purify the air for rooms up to 400 square feet in area. Additionally, its Electric Wind technology relies on energy-efficient electric systems in its filtration mechanism instead of forcing air and particles through a filter that separates them. This technology increases airflow while running its fans slower and quieter than conventional air purifiers. According to their product page, AirSoap only uses half as much energy in filtering the same volume of air compared to HEPA filter-based systems.

In a product tutorial last June, AirSoap must be placed in an open area at least 20 inches in space, in all directions, for optimal performance. It also has multiple operating settings controllable through a button on the top of the device—controlling its “Auto Mode” and four fan speeds. Users can also press the button for five seconds to activate its child lock feature.

AirSoap also features an indicator lamp at the base of the unit to tell the users of their room’s air quality. It turns green for excellent air quality, yellow-green for moderate, yellow for unhealthy, and red for hazardous.

The PhoneSoap AirSoap starts at $399.99, available on their website.

Check out more news and information about Air Purifiers on Science Times.